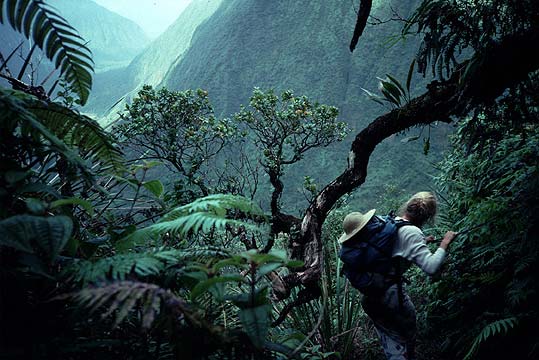 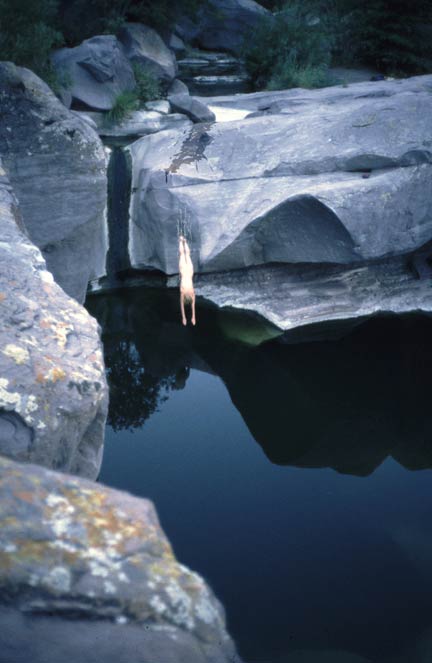 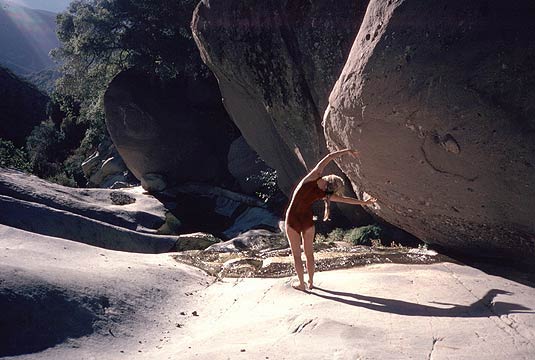 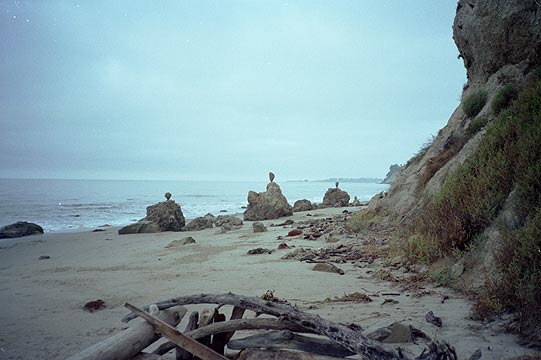 Leave no trace artwork — unlike other rock balancing styles, these don't leave an impression for long. 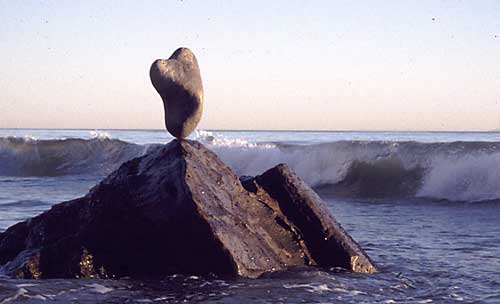 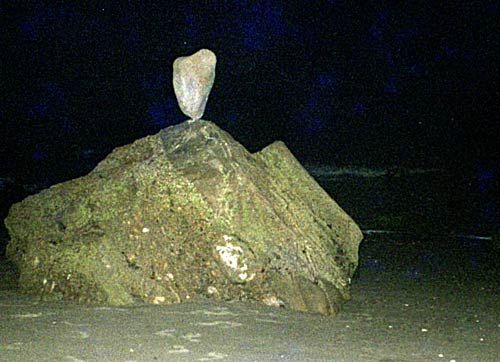 I balanced another rock on the same base rock, at sunset, August 29th, 2004. High tide knocked it off just after dark. About 4 am the tide was way back out, and I looked for the rock to set it back up—it was no where to be found. Instead I hunted for a new rock. The rock above called out to me in the dark, and I set it up, very pleased with the shape.

Hold on, this rock seems familar...I realized it was the same rock I'd balanced on this same spot almost three years earlier—it's got a real distinctive shape. Took the photo above by flash, last shot on the roll. The incoming tide knocked it down around dawn. The orientation was about 10° different from the first go, and the angle of the photo is about 5° different, which is why you can't see the concavity on the left side of the rock in the second picture. I feel like I learned something important about water and rocks from this...not sure what. 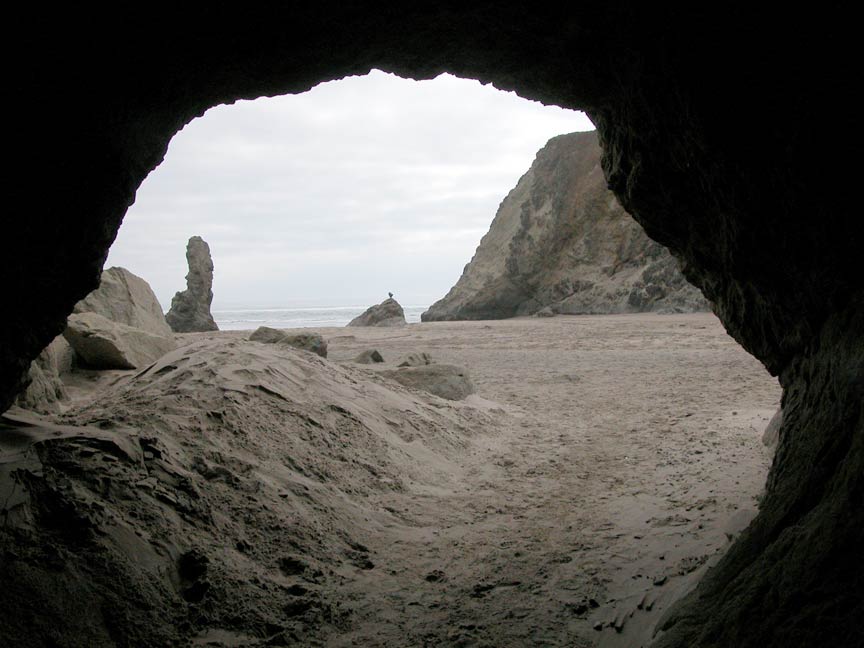 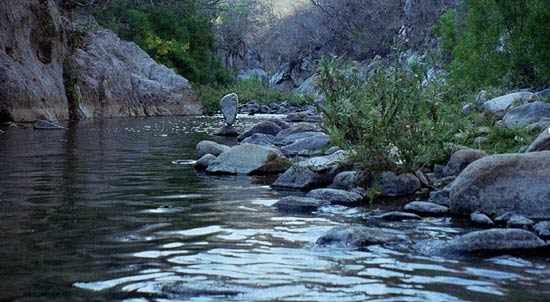 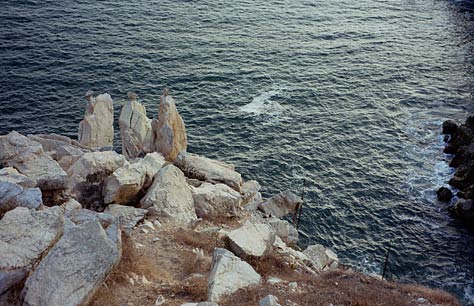 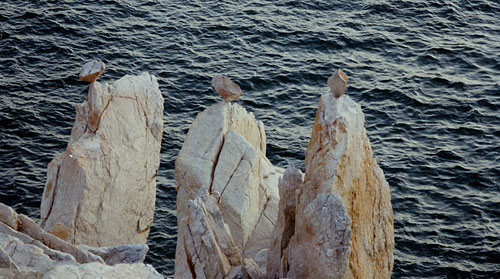 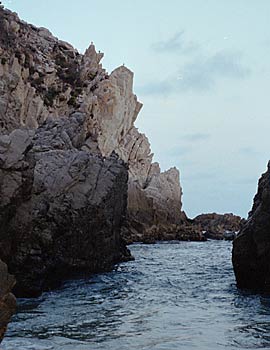 Same rocks from far below 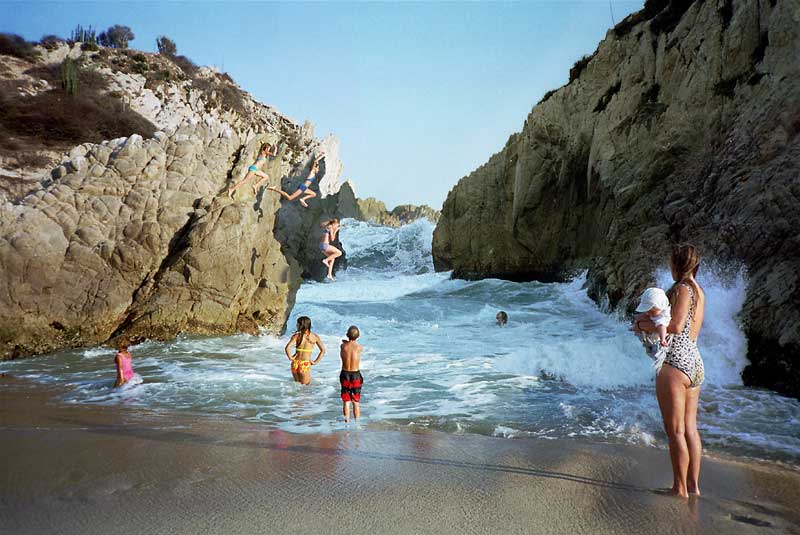 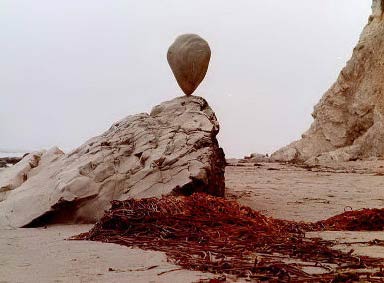 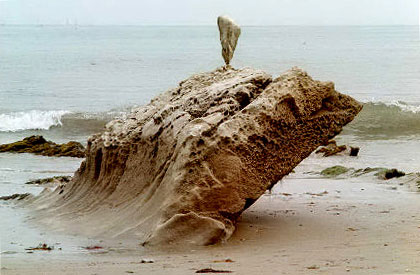 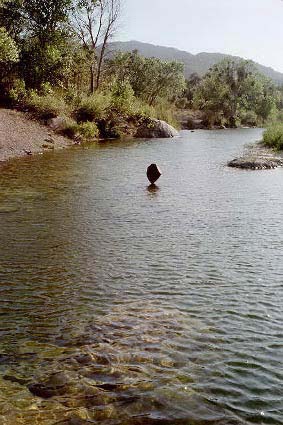 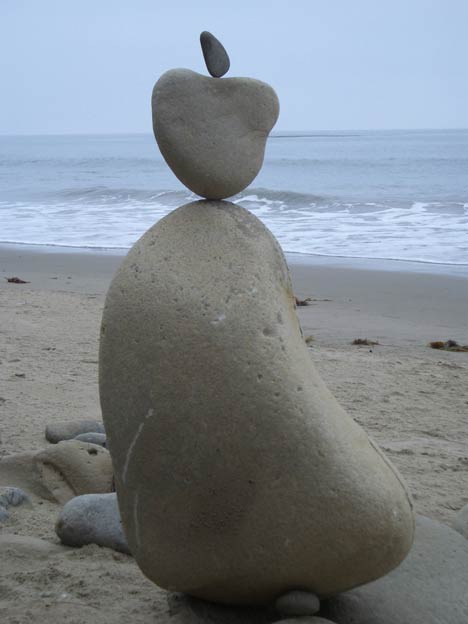 Some of these and many other photos are available for reprinting.
Email us for details. 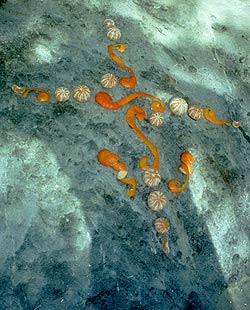