What Does Driving Really Cost?

[Note: logic still painfully valid. These are 2002 numbers...all of this is even more extreme now. In 2019 the AAA estimates that the average driver will spend more than $9000 on thier car.]

What does it cost for you to drive your most common round trip? If your answer is close to the cost of gas, you're being taken for a ride. When I carpool the 20 mile round trip from our house to town, people are stunned when I offer them the ten bucks I saved by not driving my own car. Most people think the cost of driving is the cost of gas.

Do you think people would drive less if they knew what it really cost them? We certainly do.

Between my wife and I, by driving less than half as much as the average American, use of carpooling, public transport, and bicycles, and not owning cars until later in life we saved approximately $180,000 by 2002.

This is almost exactly what it cost to buy and completely pay off our 1st house in Santa Barbara ($140,000 in 1992 plus ten years interest). If we'd both got expensive cars instead of average (not unusual in this town) we'd have spent a quarter of a million dollars between us in our combined 48 driving years [2019 update: we're well into $300,000 savings now; own one car for four drivers, and are in escrow for our third SB house, as savings and rental income snowball].

Can't believe it? Check the calcs and references below.

If this were the end of the story, that would be bad enough.

However, the direct out of pocket costs are just the tip of a still greater iceberg:

The external environmental and societal costs of driving in the United States include: 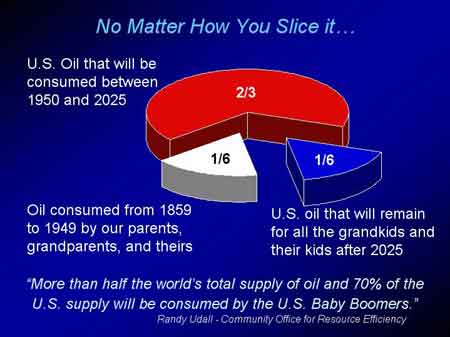 * Unless otherwise specified, these numbers come from, The Going Rate: What It Really Costs to Drive, by James J. McKenzie, Roger C. Dower, and Donald Chen. Statistics come from studies done by the Cato Institute, The Kennedy School of Government at Harvard University, The Urban Institute, The Brookings Institution, and the National Research Council.


Note: my 1978 truck was "totaled" by my wife-to-be twelve years ago. The insurance company gave me $1500 for it. The darn thing still is in great mechanical condition and I've had multiple offers to buy it out from underneath me for $500. Thus, In 13 years of car ownership, I've spent ZERO on depreciation. Following consumer reports recommendations to average buying behavior, I would've lost almost $60,000 in depreciation.

Average costs taken from American Automobile Association and Victoria Transport Policy Institute, our costs extrapolated from what records we have.

How Low-Carbon Can You Go: The Transportation Emissions Ranking

by the Sightline Insitute 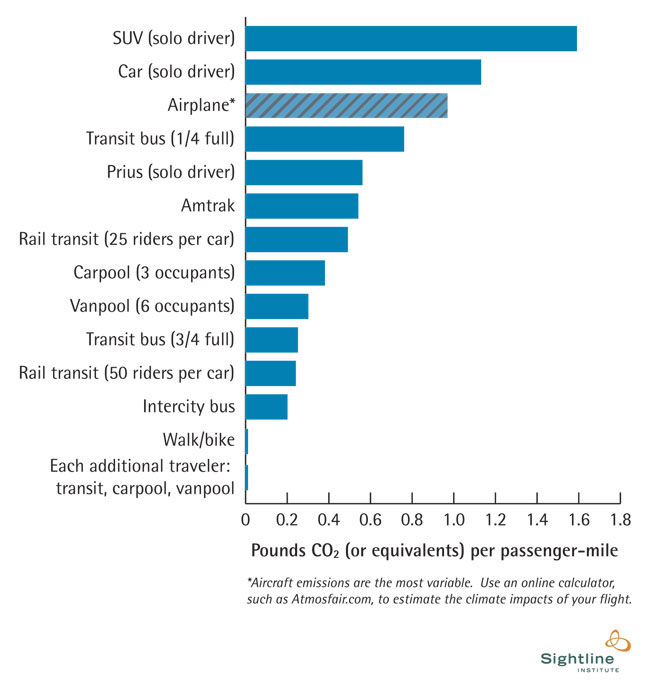